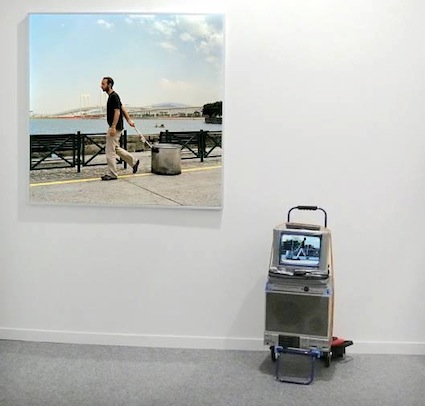 On the 15th of March at 18:00 opens the exhibition Unfinished Journeys at the Museet for samtidskunst – Nasjonalmuseet.
The exhibition is inspired by a number of the National Museum’s most recent acquisitions, the impressive nine-channel video installation Ten Thousand Waves by British artist Isaac Julien which poetically interweaves a range of stories that link China’s past and present, Knut Åsdam’s haunting video-installation Abyss confronting us with contemporary displacement in a situation of drastic urban change, Marine Hugonnier’s Travelling Amazonia exploring the never quite finished thoroughfare cut from East to West through Amazonia as well as Runo Lagomarsino’s We all laughed at Christopher Columbus alluding to an even earlier pioneer route.
Presenting fourteen internationally renowned artists, the exhibition is dedicated to ‘unfinished journeys’ of various kinds: The unremitting quest for one’s own identity and place in the world, travel for the sake of the search, the ever unfulfilled craving for an ‘object of desire’ or moments gone past, migration and the wish to belong but also the restless urge for discoveries and explorations also addressing the downsides of these, exploitation and colonization.
One of the core pieces in the exhibition is the second part of Bas Jan Ader’s “In Search of the Miraculous”. Planned as a three part project almost like a conceptual research into the topos of the romantic journey typical of the ‘Bildungsroman’, Ader’s quest turned into that of the tragic hero, not least due to his disappearance at sea. In this context, the exhibition takes an existentialist approach, which deals with the final refuge of the romantic, the utopian, the idealistic and the miraculous. This may seem anachronistic in our disillusioned or pragmatic post-postmodern times, and yet these motifs are frequently pursued by artists and writers as if they were essential to the human condition. Perhaps the Portuguese word ‘saudade’ is a more apt term to capture the many aspects of this peculiar sense of longing or desire for something that cannot be had, the melancholic search for our place in the world or our deep yearning for wholeness.
It has been argued that in the 21st century we are all chimeras, hybrids, “illegitimate bastards” who can no longer draw upon an original comprehensive history. We are marked by different languages and incompatible patterns of socialization. Thus the idea of a rooted identity, of an essentialist concept of identity as essence and origin of the subject, has to be substituted with an image of the subject as constituted by the routes it has traveled. So the question “Where are you from?” should be replaced by “Where have you traveled?” or even “Where are you traveling?” Identity is a journey that is unfinished. The title of the exhibition “Unfinished Journeys” can be seen as an extended metaphor for the problem of identity formation. Many artists in the exhibition deal with the questions of identity as explicitly geographical spatial expeditions. Their journeys to real and imagined places show us life as a restless voyage of discovery, both literally and metaphorically.
Unfinished Journeys shows us that Heimweh (homesickness) and Fernweh (the longing for distant places) are not in fact two diametrically opposed emotions but two sides of the same problem. Their main common denominator is the notion of longing to find oneself. Robert Smithson’s return to his home town Passaic is a voyage of discovery no less restless than the search for a place to belong in Adrian Paci’s Klodi, Åsdam’s abysmal odyssey around the transforming neighbourhoods near the construction sites for the Olympic Games in London, or Rosa Barba’s expedition to a “real-and-imagined” moving island in the Baltic Sea – to name just a few. It is the quest to know ourselves in the world that drives us out to foreign countries and back home again. They seem to agree on one thing: it is no longer possible for us to return home and stay.

On the occasion of the exhibition a catalogue with texts by Morten Strøksnes, Andrea Kroksnes, Sabrina van der Ley and others has been published. The catalogue is available upon request from the National Museum. 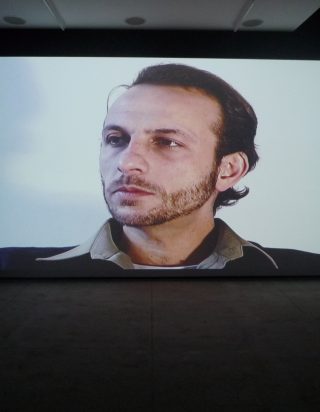 Rui Calçada Bastos – In the desert, you can’t remember your name 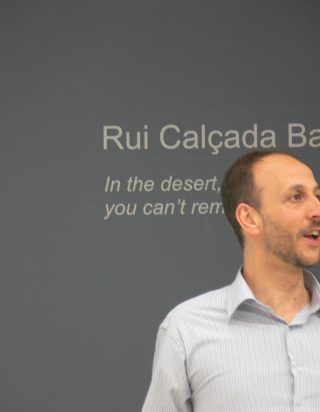